No one would blame 62-year-old Mike Nemer for capping off his oil and gas career after 40 years in the industry and settling into retirement with his wife, kids, and grandbabies.  But it’s those grandbabies and kids – and a chance phone call – that re-directed Nemer’s thinking.

“Through my 40-year work career, I’ve always looked for opportunity, not just for me, not only for myself but for an industry or a market,” says Mike Nemer, President of eRENEWABLE.

That opportunity presented itself when Nemer, thanks to a routine business phone call, realized the auction technology he’s used for years in his oil and gas business, could translate seamlessly to the renewable side of things. More specifically, Nemer did his due diligence and found his technology could streamline the way Virtual Power Purchase Agreements and renewable RFPs were done. By helping transact deals faster, it would give the renewable market a boost, add transparency, and expedite deals getting done.

It was a no-brainer then to Nemer and his wife Anne, to start eRENEWABLE and bring the auction technology to the industry. The deep dive 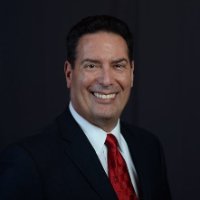 into renewables has consumed Nemer and he’s thrilled he made the decision to make the foray into a wide-open market that has such a positive impact on both society and the environment.

“I still do some consulting in the oil and gas market, but my life has become immersed in the sustainability side of things,” said Nemer. “I feel I have knowledge that can not only help society with clean energy but can also help an industry complete its market.”

The renewable sector continues to grow with wind and solar power expected to increase in market share exponentially over the next 10-15 years and ultimately surpass oil and gas by as early as 2040 as the world’s predominant energy source according to petroleum and energy giant British Petroleum (BP). Despite the encouraging outlook, Nemer said the renewable side still lags behind the more robust and mature oil and gas market in terms of the number of transactions, frequency of transactions, and liquidity.

“Oil and gas moves much faster, so I’m still adjusting to the speed of the market,” said Nemer. Yet, despite the haggles of still maneuvering an industry that’s figuring itself out, he’s supremely confident his company will help improve and expedite the way renewable deals get done. In turn, eRENEWABLE can help future generations, like his kids and grandbabies, with creating cleaner energy sooner rather than later.

“We’ve been well-received thus far in the marketplace, and we’re bringing a vision and process that we believe is going to transform the renewable space for good.”