How to execute a successful VPPA - Smart Energy Decisions
Join

The renewable energy markets have seen remarkable growth in offsite virtual power purchase agreements (VPPAs), driven primarily by commercial and industrial energy buyers. According to the Rocky Mountain Institute's Business Renewable Center, nonutility companies contracted for 1.56 GW of offsite renewables in 2016, with almost half — 642 MW — coming in the fourth quarter alone. Most of these were VPPAs.

In a traditional PPA, a utility would buy physical power at the bus bar of the wind project and take title of the electron as delivered. A VPPA is a slight variation of a traditional PPA. It involves a financial settlement whereby an organization (buyer) commits to pay the wind facility's owner a fixed price for each unit of electricity produced, while the owner takes responsibility for managing the delivery and sale of the electricity produced. The buyer receives the RECs and other environmental attributes of the wind project, but does not take delivery of, or manage the flow of electrons to the electric grid. Under this structure, the buyer remains connected to the local utility and continues to receive electricity and related services from that utility.

For nonutility companies, the benefits of VPPA transaction are many, including fixing long-term power prices; eliminating price volatility; avoiding emissions; satisfying customer demands for cleaner industrial processes; and the opportunity to save money. While many of the companies contracting for VPPAs have long participated in the wholesale power markets, the VPPA comes with a new set of considerations that must be addressed.

Good wind and solar resources are rarely collocated with electric load. As such, one of the first considerations is where to locate a facility against which a VPPA can be executed. Contracting with a renewable project on the same electric grid or in the same state as one's electric load is often a goal. For companies with widely dispersed loads, this is less of a concern. Some grid systems or ISOs (independent system operators) are better suited to the VPPA than others. Markets with "open access" or "nodal" markets work best because the physical power can be liquidated without owning transmission rights.

Length of the agreement

A typical VPPA is 15 to 20 years in length. This is often new decision-making territory for corporate buyers as they do not customarily purchase inputs over that time horizon. However, to keep the power price at a reasonable level a long-term agreement is required (not unlike a home mortgage).

The value embedded in a VPPA is usually measured against long-term power price forecasts. Price forecasting is tricky and in recent years deregulation and restructuring of electricity markets have been reshaping the U.S. energy markets. Nonetheless, like any business exposed to commodity prices, having a view of the future price landscape is unavoidable. There are many consultants and advisory services that provide long-term forecasts based on market fundamentals. Nobody knows for certain where power prices are headed but given today's low prices for renewable power, VPPAs are typically "in the money" when measured against widely accepted, long-term third party forecasts.

Building a larger-scale renewable energy project is an expensive endeavor in which the contracting parties have long-term financial exposure to one another. Both buyers and sellers face risks associated with the credit quality of the other party. Buyers typically wish to hold some form of security to be protected against damages if the project fails or is severely delayed. In turn, sellers usually require some form of security as a backstop for a buyer's failure to pay for the power produced. For buyers, contracting with a highly rated developer with a proven track record can appease many of these concerns.

A production guaranty assures the buyer that a minimum level of power production will be realized from the facility. Buyers will often make it incumbent on the seller to warrant that the project will meet certain levels of production. For a seller to offer a production guaranty, it must be confident in its assessment of the wind or solar resources available and have performance assurances for its equipment suppliers.

Locational Basis is the difference between the prices of power at two differing points of sale. This issue typically emerges when the buyer wishes to "settle" it's VPPA at a trading hub and the seller wishes to sell at the project "node" or point of interconnection. The desire to settle at a hub stems from the increased liquidity and price transparency at trading hubs. Since these two prices may not necessarily move in tandem, a financial risk is created: i.e. the settlement price (hub price) does not equal physical power sales price (node price). Buyers and sellers have devised a number of contract terms that allow them to share this risk.

Making a claim of additionality is of primary importance to most corporate renewable buyers. Additionality is defined as a determination of whether an intervention has an effect when the intervention is compared to a baseline. Additionality in the renewable energy arena refers to adding a new facility to the electric system rather than contracting for power from an existing facility. The idea is that a buyer is not only purchasing renewable power but is actually directly responsible for adding new sustainable generation to the grid.

In summary, the VPPA has become a standard contracting mechanism for corporate buyers in the renewable energy space. These vehicles allow companies to meet corporate sustainability goals without building the infrastructure required to participate in the physical wholesale power markets and allows capturing competitive economics of prime large scale wind and solar resources without being constrained by geography. First-time VPPA buyers will benefit from working with an experienced developer and advisor to help guarantee success. 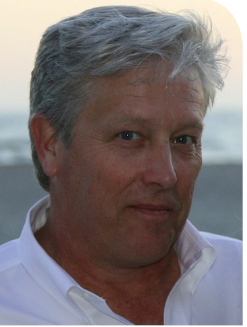 David Fuller joined EDF Renewable Energy six years ago and currently works as director of business development for the company's West Region. He started his career as an oil and gas geologist after receiving his bachelor's degree in geology from the University of Kansas. He went on to earn an MBA from the University of Denver. He subsequently held a variety of positions at utility and energy trading firms, where he marketed wholesale energy commodities and financial products to utilities and corporate consumers nationwide. Prior to joining EDF Renewable Energy Dave was vice president at Barclays Capital.

EDF Renewable Energy is a leading U.S. independent power producer with more than 30 years of expertise in the renewable industry, covering all range of services from project origination, development, sales and marketing, to long-term asset management.