As the relationship between large electricity users and their power providers continues to evolve as more and more businesses, cities and states set climate-related energy goals, one of the most notable illustrations of this transformation has taken place in Nevada.

Data center design, operation and construction firm Switch has been at the center of an ongoing push by a number of large, Las Vegas-based electric customers for reform in the state’s electric power market. That push has followed years of back and forth over service and clean energy options between a number of the state’s large electric customers and utility NV Energy, which supplies power to most of the state.

As two of NV Energy’s largest customers, MGM Resorts International and Wynn Resorts Ltd. prepared to stop purchasing their electricity from NV Energy in 2016, Switch, which had previously asked the state utility commission to do the same, was busy creating a ballot initiative calling on the state to create a framework for deregulating Nevada’s electric market. Switch, which is committed to using 100% renewable energy, and the Energy Choice Initiative’s other corporate backers, including companies like Wal-Mart, MGM, Las Vegas Sands and Tesla, are aiming to “prohibit a legalized monopoly for electric utility generation giving Nevadans the right to choose their service provider from an open retail market based on price, reliability, environment impacts and other important factors.”

After the initiative was passed by Nevada voters in November, Nevada Gov. Brian Sandoval has started a legislative process for moving forward with deregulation, though the topic will require a second vote in 2018.

Switch executive vice president of strategy Adam Kramer recently discussed the situation in Nevada and Switch’s role in shaping the state’s energy future during a Q&A session at the Smart Energy Decisions Innovation Summit in Orlando. Speaking with SED content director Amy Poszywak to energy management executives from across the country, Kramer also offered advice for other organizations looking for greater control of their energy options. The following is an edited version of that conversation.

Smart Energy Decisions: To start, it would be great if you could just tell everyone a little bit about your company and its energy needs broadly. 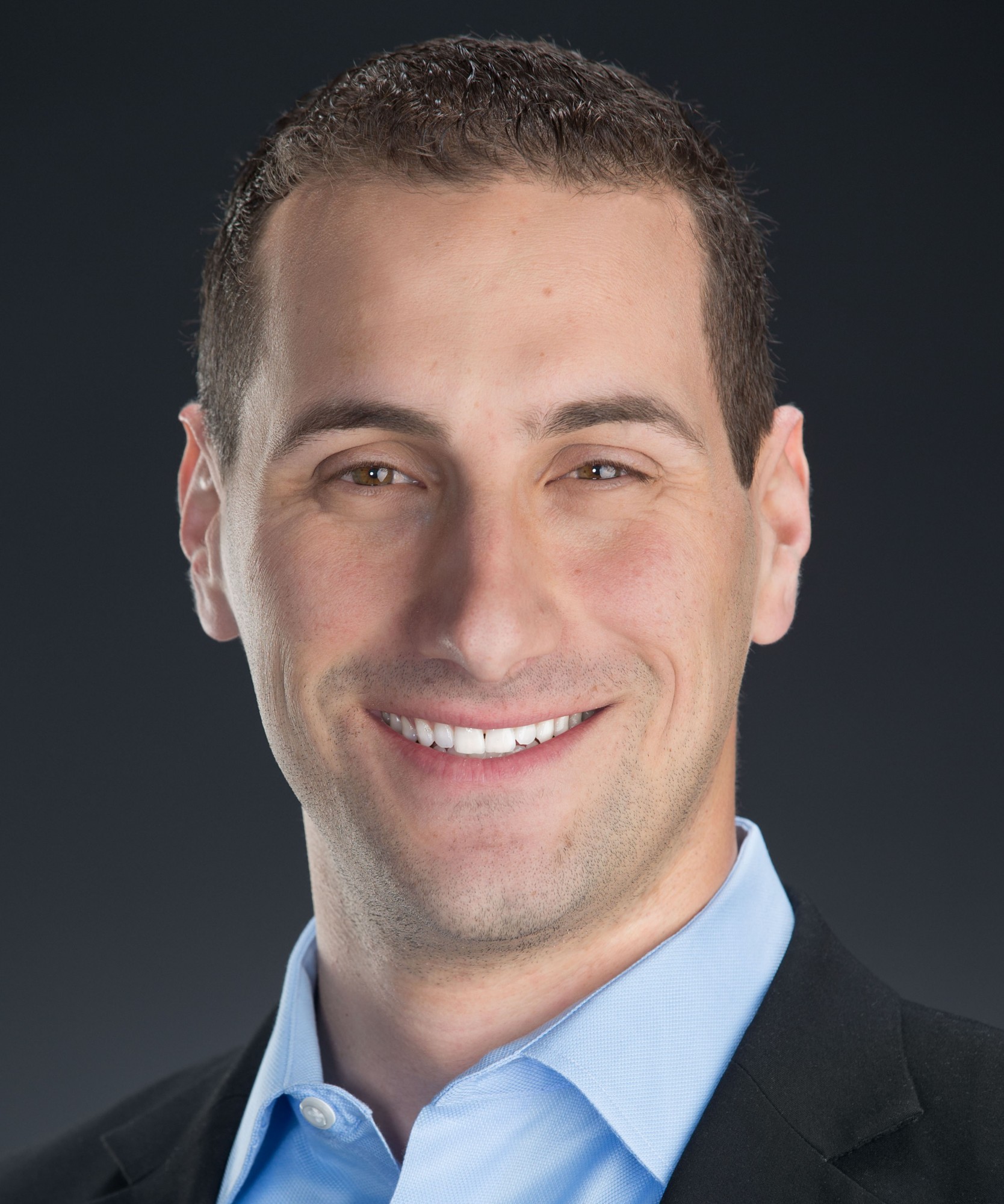 Adam Kramer: Absolutely. First and foremost, at Switch, we are the technology sustainability company. We truly are a tech company that focuses on the infrastructure that runs the internet and at the same time, we have focused on doing that in the most sustainable way since our inception. In fact, that's the reason that our founder and CEO has more than 260 patents on data center design himself, because the sustainability of the internet was so important. We spent the first decade or so really working how we could create the most efficient data center environment. Since 2013, we began really focusing on how we could create a 100% renewably powered energy load.

Switch was one of the first companies to pursue exiting NV Energy service. What prompted the decision to do that?

Well, our CEO had met with the former CEO of NV Energy in about 2013 and told him that we wanted to pursue 100% renewable energy. He told him that this was of the utmost importance. But, the request was ignored.

Then, later that same year, Apple moved into northern Nevada. If you are not familiar with Nevada, there’s actually two service territories that are both serviced by NV Energy, but they’re separate balancing authorities because they used to be separate companies. So, the northern Nevada load brought in Apple and Apple used the first green rider tariff in northern Nevada-a totally separate market, for all intents and purposes.

After that we sat down with the new leadership in NV Energy — this was following the acquisition by Berkshire Hathaway of NV Energy — and said we would like to have a green rider tariff in southern Nevada. We had been trying to go after this for about two years. The bottom line that was we wanted it, and we wanted to find a way to get it done as quickly as possible. What my CEO told [NV Energy President and CEO] Paul Caudill was he'll give you 30 days to come up with this tariff. Otherwise, we are going to pursue direct access in southern Nevada. One of the interesting things is all of those companies you had listed prior are clients of Switch, so we pointed out to NV Energy that if we file to go direct access, our other clients would follow behind us. They're going to ask what we're doing, they’re going to ask why we're doing it, and they're going to want to follow.

We said it would be best to give us a green rider tariff, or we’ll go on our way and do this. We didn’t get the tariff and we did file for our direct access and immediately afterward, of course, MGM, Sands, Wynn and others were calling wanting to talk to us about direct access and asking us, 'how does this work? Why are you pursuing this?' So, we moved forward as we said we would, and, as they say, the rest is history. The other companies unbundled from NV Energy. However, we were denied our direct access case and ability to unbundle from the utility at the time, but late last year we were granted our appeal and we were finally allowed the ability to unbundle from both the northern and southern load.

So, in the next few months Switch will officially be an unbundled customer here in Nevada and buying our energy on the wholesale market, and we are quite excited about that.

Certainly, a hard fought victory. So, while that's going on, you are also working on this Energy Choice Initiative which is the ballot measure that passed by voters in November. As Switch was the creator of that Initiative, could you tell us a little bit about how that came about?

Yes. Actually, taking a step back, our logo is the karma wheel and illustrates our belief that if you put good energy into the world, good energy comes back. We really believe that if Switch has the ability to pursue direct access, and in Nevada (under the current statute, only companies who consume 1 MW of power or more on an annual basis can pursue direct access) every Nevadan deserves that right to direct access. So, we worked in partnership with the Las Vegas Sands and we created the Energy Choice Initiative. It is a constitutional amendment that explicitly prohibits exclusive franchises and energy monopolies and guarantees energy choice to every single Nevadan. It's quite simple.

And it's the reason that the Gov. Sandoval has created the Governor's Task Force on Energy Choice. Now, legislators, large commercial and industrial users, consumer protection, environmental groups and other different stakeholders are being called on to work on legislation that can be introduced in the 2019 legislative session that will create the open energy market that we all assume will be required under the Nevada Constitution.

Allow me to play devil's advocate for a minute and say there are critics of electric deregulation who argue that the policy hasn’t actually brought benefits to customers and, in some instances, created bigger problems than those it was intending to solve. Perhaps most famously in recent months, Kenneth Rose, who is an independent consultant and a senior fellow in economics at the Institute of Public Utilities at Michigan State University, recently wrote for The Wall Street Journal: '[W]hat deregulation has delivered so far is retail and wholesale price volatility which has created considerable tumult for buyers and sellers of power. When customers have complained, understandably, about price spikes, regulators and legislators have responded with price controls. When prices subsequently dropped, power sellers cried foul and in some cases received subsidies. Such concessions prevent the market from functioning well and have created a version of deregulation that doesn’t work for anyone.' What would you say to those arguments that are critical of deregulation?

Well, I think first and foremost, the points that are brought up there are points that we are trying to address, because I think what’s most important is that there have been mistakes made in the past. But that in no way is an indication that open, competitive retail energy markets don't work on a larger basis.

For example in the State of Michigan, where Switch recently expanded into, 10% of the market is open and competitive and you have very happy customers who are participating in that. In Nevada, you have customers like Switch who are pursuing direct access because we know that the market works and we know that access to the market is competitive. You can also look at California and see the kind of restructuring they've done over the last couple years, as everybody has been learning — it has been a learning process — and you can see the success that is starting to come out of that market. I believe California last year estimated ratepayers who were able to use direct access saved $100 million. You really see these savings start to come about.

I think that the secondary point to that is ... to only factor in cost as a reason for open energy, or for an open competitive regional energy market, is a bit short-sighted. I think you’re seeing more and more companies like Switch or MGM, who are pursuing more and more renewable energy options in the renewable makeup, the portfolio they pursue may be well above and beyond what is currently offered under the RPS or by the incumbent utility.

So, it's not just about access to lower cost energy. It's also about access to an energy portfolio that fits the company's own goals. I think that you have to look at all of those factors when you're assessing what the total value proposition is from an open competitive retail energy market.

When working through all of this in Nevada, Switch has aligned itself with a good number of other large C&I energy users all kind of working toward this common goal. What has that collaboration been like for Switch?

It's been absolutely incredible. The collaboration is really made up of the largest employers in the state who are making up more than 40% of the entire workforce. What's really great is not only are we aligned in what the best interest is for our companies but also what's in the best interest of all of our employees because our employees are Nevadans. Our employees make up a very large percentage of the entire workforce in the state.

There's been great collaboration on how we can work together to make sure that we are protecting ratepayers of every class and that we’re doing the kind of work that's going to help promote renewable energy and sustainability policy throughout the state. This is the kind of policy that's going to promote economic development, not just allow the companies that are here in Nevada to grow, but also that is going to attract other companies to Nevada because we want to have the most progressive energy policy in the country.

We want the policy where when site selectors are making decisions about where they're going to grow their business, that in addition to all of the things that make Nevada so great are absolutely top tier, we can add the ability for a progressive energy market on top of that. That will really help close a lot of deals. We think that's a great thing for the state, and there's really a unified vision behind that.