Responding to a Nov. 10 editorial in The Wall Street Journal on the subject of wind subsidies within the current Congressional tax reform debate, Gregory Wetstone, president and CEO of the American Council on Renewable Energy sent the following letter to the editorial board. The WSJ published this letter Nov. 14.

Regarding your editorial "Big Wind and Tax Reform" (Nov. 11): Wind and solar power, unlike virtually every other energy sector, agreed to a phase-out schedule for their own tax incentives in a bipartisan 2015 compromise. Rather than reward such fiscal leadership, the House proposal targets the sector with punitive provisions that retroactively change the criteria wind and solar projects must meet to qualify for tax credits last year. These provisions, the only retroactive measures in the 429-page bill, are so destructive that their introduction sent an immediate shiver through the marketplace, placing tens of billions of dollars in investment and thousands of wind-energy jobs at risk. Retroactive changes to rules that investors relied on in financial decisions are inherently unfair and have no place in tax reform.

You also ignore the fundamental hypocrisy of the energy provisions in the House bill, which target the dwindling temporary incentives for renewable energy instead of re-examining the array of older, permanent incentives for fossil fuels, some of which have been on the books for more than a century. Also spared, and in fact enriched, are incentives for nuclear energy that go back more than 50 years.

With nearly $100 billion in investment over the past two years, and a strong record of job creation, especially in rural areas where investment and jobs may otherwise be hard to come by, renewable energy is one of the nation’s most important economic drivers. It deserves a fair shake from House legislators and editorial writers. 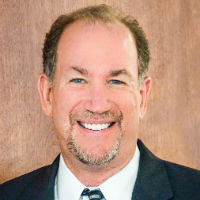 Gregory Wetstone is president and CEO of the American Council on Renewable Energy, a national nonprofit organization dedicated to advancing renewable energy through finance, policy, and market development. Prior to joining ACORE Greg oversaw government affairs as Vice President for Terra-Gen Power LLC, a renewable energy company with utility-scale wind, solar and geothermal energy facilities. Prior to his six-year term with Terra-Gen, he served as Senior Director for Government and Public Affairs at the American Wind Energy Association (AWEA) and Director of Programs at the Natural Resources Defense Council (NRDC), where he founded the legislative program. Earlier in his career, Greg was Senior Counsel to the House Energy and Commerce Committee, and played an important role in crafting a number of important laws including the 1990 Clean Air Act Amendments. Greg was also previously director of the Air and Water Pollution Program at the Environmental Law Institute.