Sorting out the renewable procurement puzzle

Companies who have embarked on their sustainability journeys have a wide range of options when it comes to procuring renewables. One size (or more accurately, one renewable energy product) need not fit all.

Rather, corporate purchasers should view the renewable energy offerings in front of them as a portfolio from which they can pick and choose to best meet their needs. The right mix should depend on their sustainability goals and priorities, stage of renewable procurement execution, operational profile, and structuring preferences. From there, corporate purchasers can weigh the relative attractiveness of offerings ranging from large-scale to onsite and from virtual to on-bill.

A company trying to start or expand its renewables procurement program should start by asking a few critical questions. The first batch are more introspective. Is the goal to go 100% renewable in just a few years, or to begin a gradual program over a long horizon? Do additionality and physicality matter (i.e., must its contribution be incremental to the status quo, and does it matter how close to the point of consumption the generation source is located)? What is the relative importance of getting the best possible economics in comparison to the shortest possible term? Is there a preference for one big transaction or several smaller ones? Is it ok to settle the renewables procurement separately from the retail utility bill?

From there, a corporate purchaser should examine the reality of its business and footprint. How large is the electricity consumption? Is that consumption highly concentrated or very dispersed? What virtual and/or utility-facilitated options exist in the markets where the purchaser operates?

The right portfolio of renewables follows from the answers. Renewable energy credits (RECs) are a valid option for companies who are just starting their journey toward renewables, or for those who want to quickly achieve a renewables threshold while they sort out more substantial procurement decisions (i.e., by purchasing "bridge RECs" to tide them over). RECs can be very cost effective and offer term flexibility. However, RECs are typically derived from operating power plants and are not associated with claims of additionality, though that could change in the future if the market pushes towards longer-term REC contracts.

For companies that have concentrated load and sufficient space at its facilities, onsite behind-the-meter generation might appeal. Onsite generation is both additional and about as physical as one can get, which can bolster marketing claims. Main considerations include the local resource quality, such as how much sunlight hits a facility, and the closely related question of the economics of the onsite plant compared to both grid power and larger scale offsite generation.

Which brings us to virtual power purchase agreements (VPPAs), the mainstay of corporate purchasers’ renewables programs and still a highly attractive option. VPPAs allow a buyer to seek out the best possible economics by engaging in a financial contract for differences with a large-scale wind or solar power plant, whereby the seller (the independent power producer) receives a fixed PPA price and the buyer, in return, receives the floating market price.

Large scale power plants can achieve competitive pricing as a result of siting to maximize resource quality as well as economies of scale. The virtual nature of the transaction means that a buyer can seek a settlement location where the plant has competitive economics compared to the wholesale market. While the majority of corporate purchaser VPPAs are settled at the hub, buyers willing to wear some additional risk may find that there are highly attractive busbar offers out in the market. Developers can settle at the busbar without incorporating basis risk into the price as is necessary for hub settled offers. Moreover, buyers seeking out economically attractive VPPAs should be careful how they sell the concept internally in their organization, namely by emphasizing the long-term value plus price stability and not overstating the necessity of being "in the money" in the first couple of years.

The intrinsic requirement of a VPPA, of course, is that the deal be executed in a competitive wholesale power market (i.e., one that is managed by an ISO/RTO such as SPP, MISO, PJM or ERCOT). Corporate purchasers should consider VPPAs in the same power market in which they have load, so as to benefit from the potential "hedge" value of the VPPA in comparison to their retail rates. (If the VPPA is "in the money," retail rates in that same market may well have risen, so the VPPA proceeds can help offset higher energy costs at the point of consumption). VPPAs can work particularly well for corporate purchasers whose load is spread out geographically across many sites in a given power market.

VPPAs have traditionally been executed while plants are still in development and, as a result, have often been for large offtake tranches and medium to long tenors to meet financing requirements. For corporates with the scale and MWh appetite, VPPAs have been and will remain a viable option, and they ensure additionality since the VPPA contract is the key to getting the project financed and built. Plus, large scale VPPAs can truly move the needle towards 100% renewables (or the requisite target) with just one or a few contracts.

But what about those corporate purchasers with distributed load who don't need 50 MW or 100 MW of a wind or solar project, or who cannot commit to the required term? When additionality is key, offtakers with smaller appetite should look at the emerging trend towards aggregation, in which multiple offtakers band together to enter into a VPPA for a large project either as approximate equals or with one or a handful of anchor tenants augmented by other, smaller participants. And when additionality is of secondary importance, an often forgotten option is to embark on a very short tenor VPPA with a "spinning" project (i.e., one that has already achieved commercial operations), thereby associating with a specific renewable resource and securing the RECs.

Taken all together, VPPAs in both the traditional and non-traditional sense meet many offtaker needs – the ability to seek out competitive economics within large market areas, source a large amount of renewables in one or a few contracts to address widespread load, and achieve additionality. Nonetheless, VPPAs lead to two sets of transactions: one to settle the wholesale market VPPA (contract-for-differences), and another to pay the retail bills at the points of consumption. For some corporate purchasers, having the renewables settle on their retail bill is a key consideration, both for financial simplicity as well as to achieve an enhanced sense of physical relationship with the resource.

Some customers indeed have that option, depending on where they operate and want to procure renewables. More than a dozen states around the U.S. have "retail choice," in which the buyer can choose their retail energy supplier. In those cases, the corporate purchaser can opt to buy from a retail energy supplier that itself sources renewable energy. Outside of those states, customers can, of course, engage in a wholesale market transaction (a VPPA) if they are in a competitive wholesale market (i.e., one with an ISO/RTO) but would have no choice apart from their monopoly utility at the point of retail supply.

Many utilities have stepped up to that challenge, however, by working with customers and regulators to roll out green tariffs, thereby bringing their considerable experience in cost-effective energy procurement and aggregation to bear on renewables. According to World Resources Institute , green tariffs are approved in nine states and are pending the regulatory green light in another. Generally speaking, green tariff programs work by having the utility source energy from one or several owned or contracted renewable power plants and then sell the energy to customers, who can either be aggregated as subscribers or do sleeved PPAs (in which a utility or third party owns and operates a renewable project, and the utility sells the output of that specific project to customers via the green tariff) tied to specific plants. The customer pays for the renewable energy as a rider on top of their standard retail service, or via a special all-inclusive tariff designed specifically for the program. In states where it is possible, green tariffs enable corporate purchasers to meet some or all of their energy needs with renewables, via one utility bill and often without separate contracting processes. Additionality would be dependent on whether the renewables come from a new versus an existing resource.

One downside to green tariffs, however, is that they might not necessarily reflect the price movement of the wholesale market, instead locking the customer into fixed rate structures and sometimes a premium over brown power. While providing the benefits of renewables and on-bill settlement, green tariffs can thus negate the hedge value of exposure to wholesale market prices provided by VPPAs. Customers who want the best of both VPPAs and green tariffs should carefully watch the currently emerging space of market-based rates (MBRs).Under one example of a MBR structure, a corporate purchaser could contract with a large-scale renewable facility (similar to a VPPA), paying a fixed price to the owner (either a developer or the utility) and receiving back the variable floating wholesale market price, with the utility supporting the settlement on the corporate purchaser’s behalf. Then, the utility charges that same corporate purchaser a retail rate that reflects floating wholesale market prices. That way, there is a direct hedge between the (market-based) retail rate paid and the (market-based) wholesale market revenue received, rather than the rough hedge achieved via a VPPA combined with traditional retail rates, thereby smoothing the total amount paid for the renewable energy. This arrangement also supports additionality and, depending on the location and owner of the renewable plant, the notion of physical proximity. A pioneering deal of this type was signed in mid-2016 between Amazon Web Services and Dominion Virginia.

In sum, corporate purchasers have a myriad of choices when it comes to renewables procurement, whether they are new to the game or experienced veterans. They can turn to the tried and true VPPA, seek out opportunities for green tariffs and MBRs available in some jurisdictions, build onsite generation, or simply buy RECs. There is no right choice, and many corporate purchasers would be well served by constructing a portfolio designed around their sustainability strategy and business operations. Perhaps the main lesson, then, is that corporate purchasers should seek out partners — like-minded companies, advisors and developers/suppliers — who can serve their needs across the full range of possibilities. 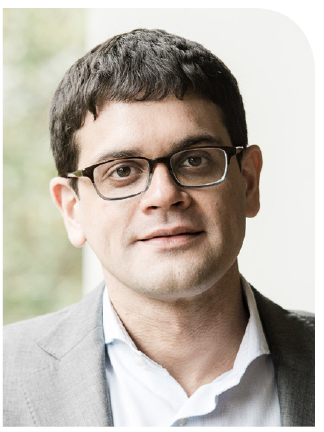 Prior to joining EDF Renewable Energy, Devraj spent eight years in a variety of management consulting and corporate strategy roles. His prior experience includes serving corporate clients developing environmental sustainability strategies while he worked in Cleantech Group’s advisory practice (formerly known as GreenOrder). Devraj holds a B.S. in electrical engineering from Brown University and an MBA from Columbia Business School.