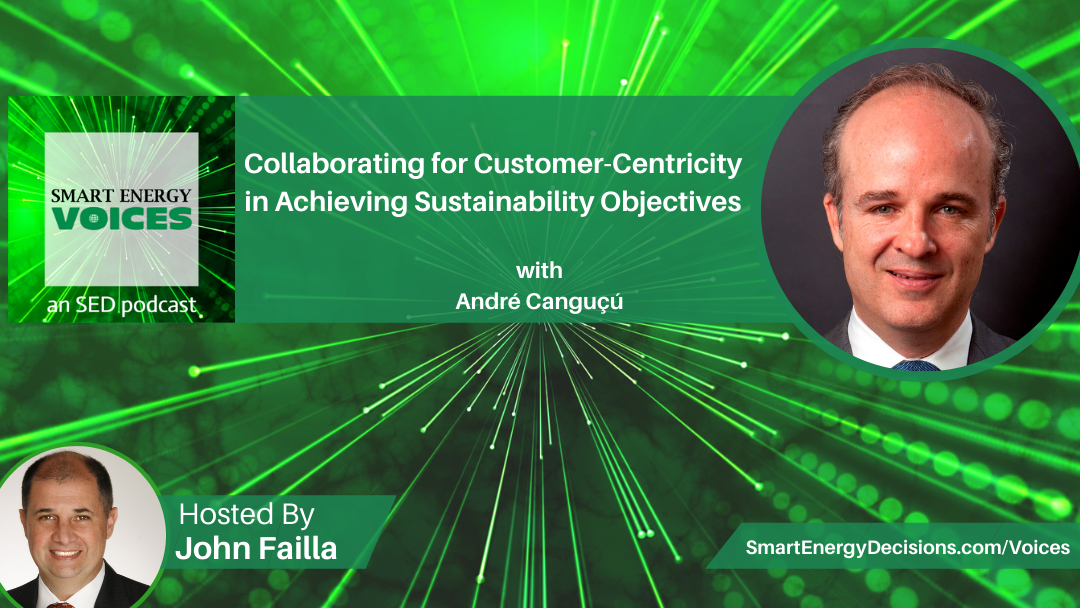 Renewable energy on a global scale

ENGIE is involved with renewable energy not only in America but also in Europe, Latin America, and Southeast Asia. Customers go to ENGIE because of this global presence, which gives them more options to serve their international needs. ENGIE has been on its renewables journey since 2016. André’s current goal is to create more wind energy in the United States. In 2016 ENGIE had 700MW of wind generation in Canada and none in the U.S. By the end of 2020, they will have produced more than 3,000MW combined in Canada and the U.S. and expect to increase that amount annually by 500-750MW.

To make renewable energy more accessible, the contract process must be simpler. That process will be aided by the new Presidential administration encouraging interest in green energy. More push at the federal level is good because it will help the customer move forward. Regardless of federal changes, renewable energy is here to stay. The push is also happening at the state level because of Renewable Portfolio Standards and at the corporate level because of sustainability goals.

ENGIE has been working on making the contracting process more universal. They believe that every company should have the right to be able to procure renewables regardless of their size. Organizations of any variety need to have options available. The energy industry needs to be in a constant state of revolution to keep up with these growing demands. Storage solutions and the development of hydrogen energy projects are examples of complementary technologies in which forthcoming changes are necessary.

The gap between renewable demand and generation

People want energy based on their consumption levels, not on generation levels. Wind and solar generation is limited to certain times of the day but the energy demand is 24/7. Storage is one element that could resolve that issue. Meanwhile, ENGIE has transformed its wholesale and retail presence in the market to create better customer solutions. For example, they connect contracts from larger companies to smaller companies. Matching those solutions to consumers creates a better experience by meeting the customers’ usage at the hours they require. By meeting these needs, ENGIE can continually progress towards making cheaper, more efficient power accessible to everyone.

André joined ENGIE in May 2002 and has served ENGIE in several finance roles, including Chief Financial Officer for Latin America (2010-2015) and Chief Financial Officer for Peru (2004-2010). In 2016, he became Chief Business Developer for ENGIE North America. In that position, André was responsible to oversee all of ENGIE’s Business Development activities in the United States and Canada. He has been the Chief Commercial & Industries and Merger & Acquisitions Officer since the beginning of 2020. André has more than 15 years of experience in the power industry, in supporting activities or direct management roles.