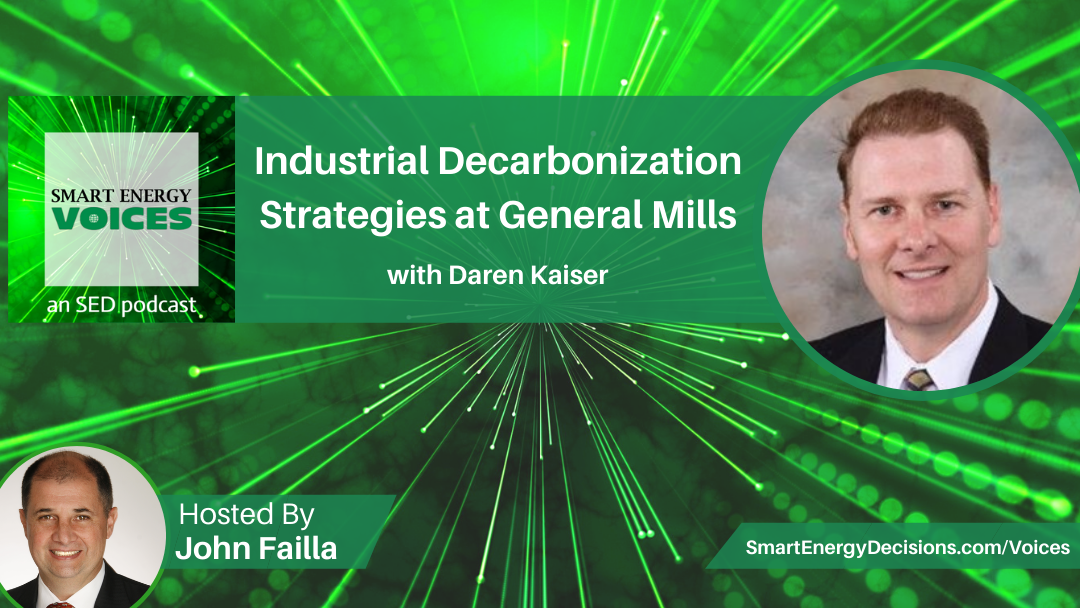 In this episode of Smart Energy Voices, host John Failla talks with Daren Kaiser, Global Energy Strategy Leader - General Mills, at the recent Distributed Energy Forum. They discuss the unique challenges related to General Mills’ ambitious decarbonization goals and the tactics Daren is employing to deliver against its sustainability commitments, such as energy optimization and CHP solutions. Listen in to hear more about industrial decarbonization strategies.

The majority of Daren’s work has been as a technical leader in several of General Mills’ large sites across the country. He has had the opportunity to work in the utility infrastructure at each of those sites, so he’s familiar with optimization. For the last three years, Daren has been in a corporate engineering role responsible for leading and supporting some of the optimization work for utilities at General Mills’ sites globally. He’s also led broader initiatives such as wind farms, solar, and other projects in the sustainability and decarbonization areas.

Based on the profile and nature of General Mills’ load, electrification isn’t going to work for them right now. They’re interested in CHP because it will directly offset the natural gas they have to burn. A setback they’ve seen is capital investments or having a high enough payback to attract their own internal capital. The fact that CHP is still based on fossil fuels is another area of concern. While it provides great efficiency, it’s not a long-term solution for the environment. Right now, however, it’s a more reliable option than just solar or wind because it can run all day and when it’s needed. Over time, CHP would drive more decarbonization in today's environment than either solar or wind for the same megawatt design.

General Mills is currently focused on continuing the optimization work using the Department of Energy’s types of modeling. They’ll continue to look at renewables to expand for their RE 100 goal. Internationally, they’ve not gotten to 100% yet. By 2030, they’ll have that solved, whether it be solar or RECs. Daren hopes they’ll be piloting CHP at some sites soon and expanding to others if it’s successful. They’ll also be monitoring what’s happening in changes in technology and government incentives to see what direction there might be extra funding that doesn’t exist today.

Industrial companies have had a challenging time establishing decarbonization strategies because so much of their emissions are generated from thermal loads. For a lot of businesses, energy optimization, utilities, and optimization were always about cost savings. However, in the last couple of years, General Mills has been placing higher importance on the sustainability and environmental aspects of this optimization work. Their renewed focus on sustainability isn’t just to be a good corporate citizen but to make the planet a better place for everyone.

Daren's Slides from this talk 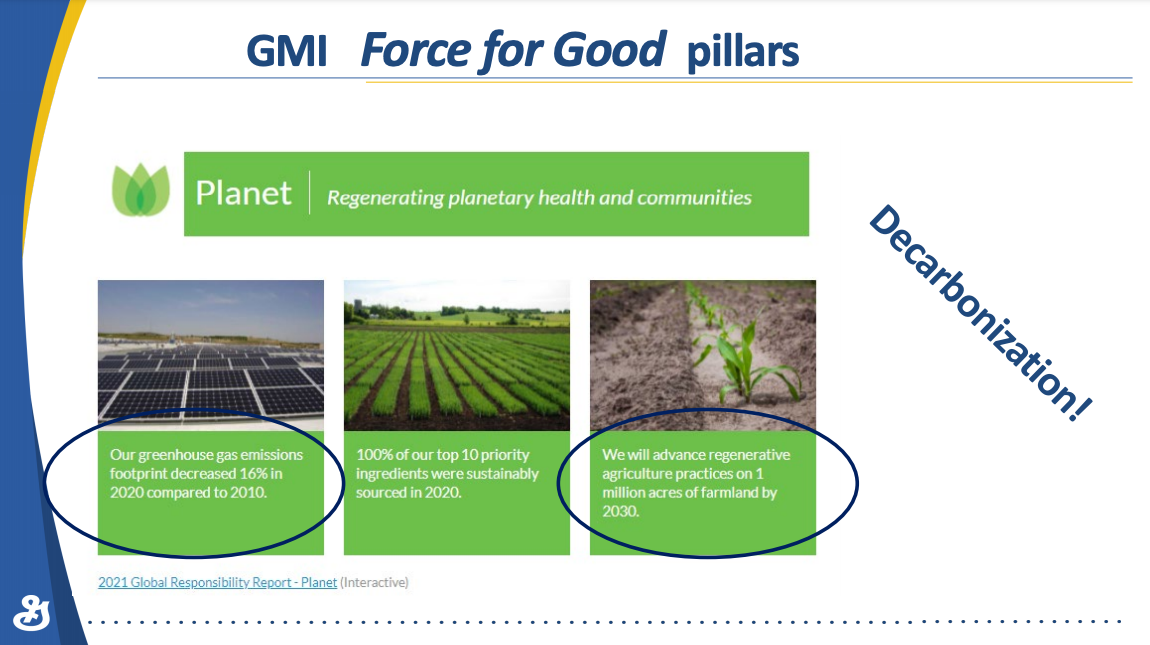 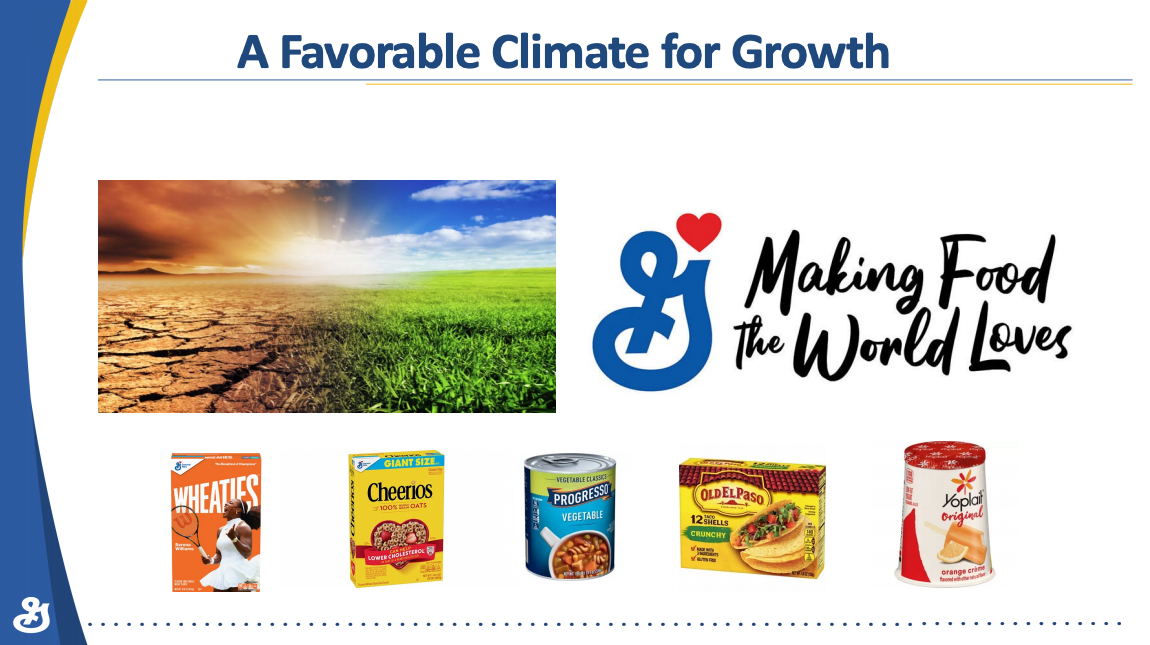 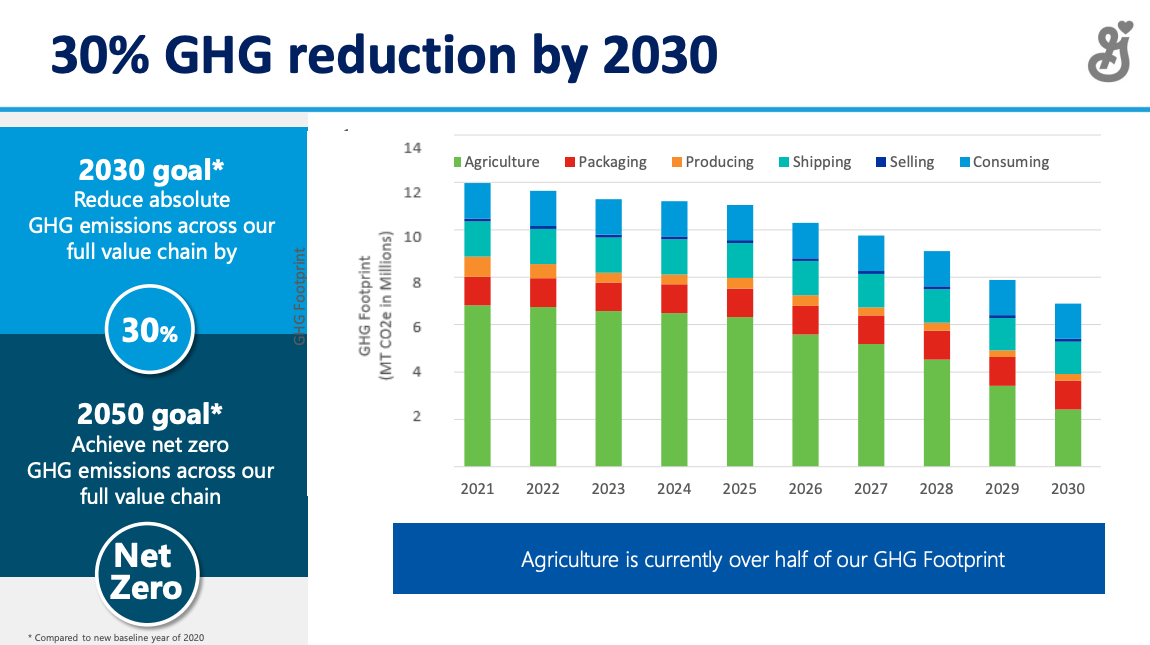 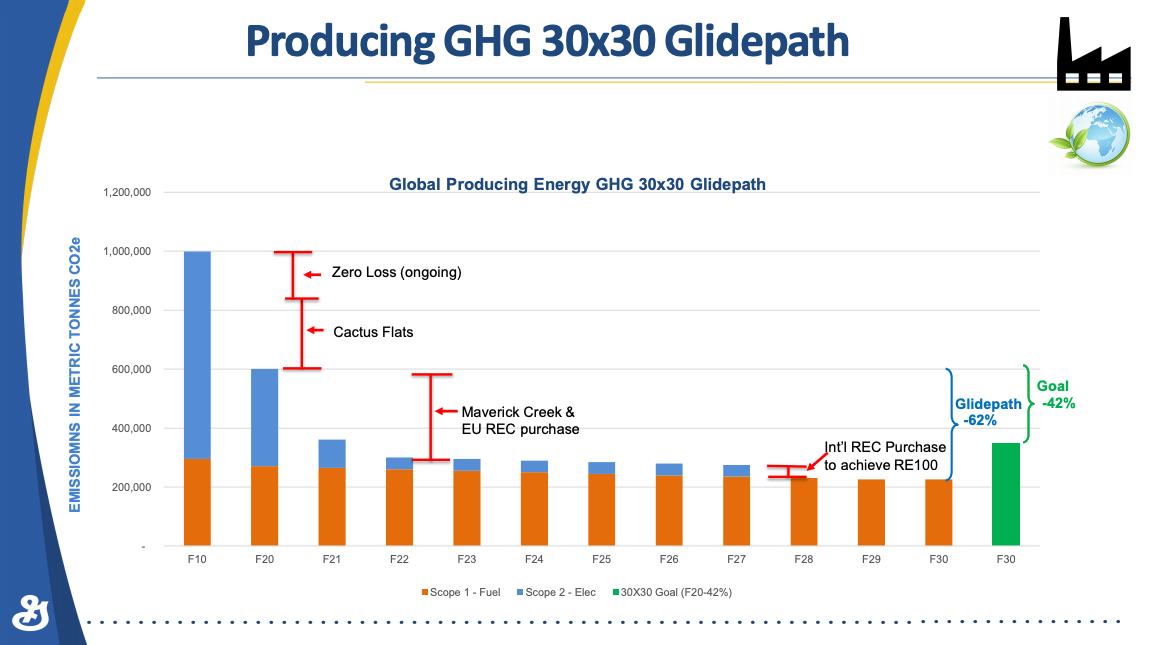 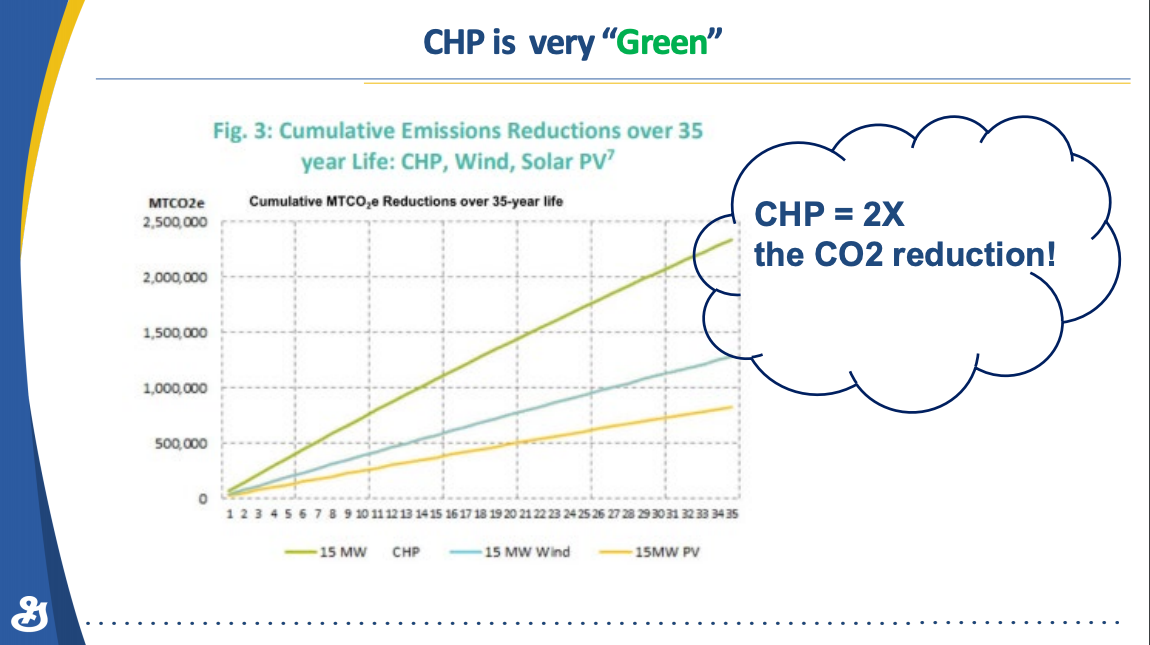 Daren has more than 30 years of experience in manufacturing. He was named General Mills’ Global Energy Strategy Leader in 2018. The company has announced a science-based goal to reach a 29% reduction in GHG emissions by 2025 compared to a 2010 baseline. Daren was Plant Tech Manager for General Mills from 1997-2017 in Buffalo, Cincinnati, Covington, GA, and Murfreesboro, TN. Previously, he was a plant tech manager for Purina and a manufacturing engineer for Frito-Lay. Daren has a BS – IEE from Iowa State University.