Managing Energy Supply and Demand in Transportation, with Keith Warner 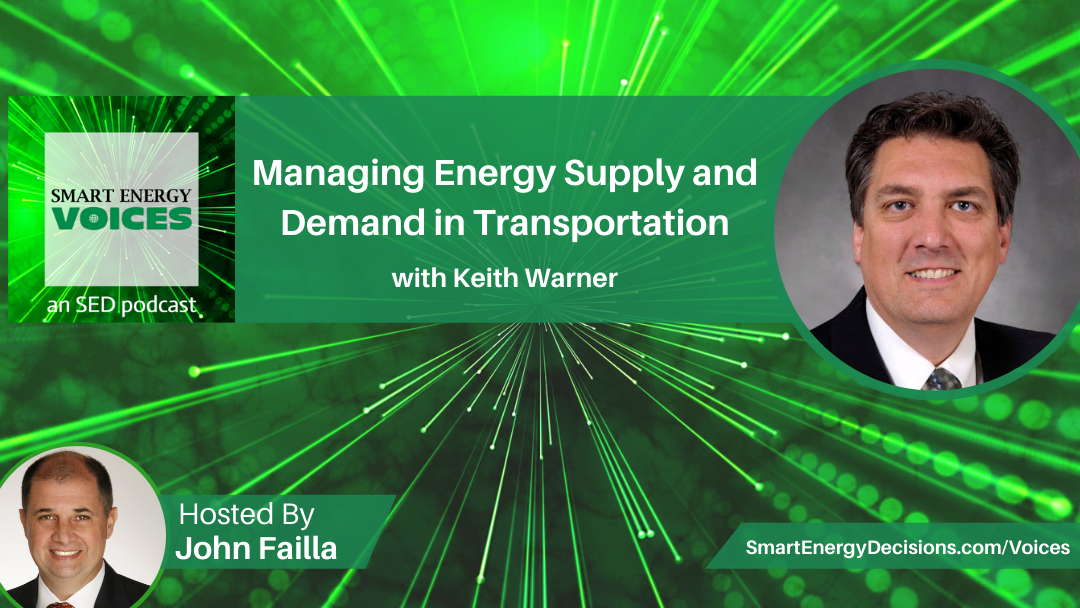 In this episode of Smart Energy Voices, host Debra Chanil talks with Keith Warner to discuss his role as Aviation Utilities Business Manager for the Port of Seattle and its affiliated utility. Among the topics they cover are the importance of resiliency, the push for electrification, and Keith’s unique perspective on moving from the private sector with Boeing to his current public sector role. Join us to hear Keith’s great insight on managing energy in transportation.

Emissions goals for the Port of Seattle

The Port of Seattle has the goal to reduce Scope 1 and Scope 2 emissions by 50% by 2030 and to be carbon neutral or carbon negative by 2050. Their scope three goal is a 50% reduction by 2030 and an 80% reduction by 2050. Since creating these goals, the State of Washington has established mandates which have driven emissions compliance. The Port of Seattle has already met their 2030 goal for Scope 1 emissions, so we’re considering resetting targets to be more aggressive.

The Port of Seattle’s Scope 2 emissions, which is purchased electricity, were already 95% carbon-free because of the hydro system in the Northwest along with a small amount of nuclear power. Their Scope 1 and 2 emissions nearly all come from heating required for the airport terminals. Some emissions also come from fuel use for a fleet of buses and vehicles. Because of its power side, the port realized that they’d never achieve its goal with their current path.

Airlines have begun converting their ground support fleet to electric. The Port of Seattle has installed 300 charging units around the airport to support this effort. This access to charging has allowed the airlines to make investments to convert from diesel over to electricity. Hence, the airlines are reducing their Scope 1 emissions, which simultaneously allows the Port of Seattle to lower its Scope 3 emissions.

The Port of Seattle has a Pre-Conditioned Air project to save energy for airlines. When an aircraft lands and approaches the dock at the airport, it can plug into shore power. A large air duct is plugged into the aircraft to utilize the central heating and cooling system, which allows the aircraft to turn off their auxiliary power unit. The aircraft is entirely powered, heated, and cooled while connected to this system. This project alone saves 5 million gallons of fuel a year.

Keith Warner is the Utilities Manager at the Port of Seattle, where he leads a suite of utility services including power, water, and natural gas, serving Seattle-Tacoma International Airport (SEA). Seattle-Tacoma is the 8th busiest airport in the U.S. and counts as part of its vision to “be the greenest and most energy-efficient port in North America.”

Before joining the Port in 2019, Keith enjoyed a 35-year career at the Boeing Company, where he spent most of that time as the corporation’s Utilities and Conservation Manager. Keith holds a B.S. degree in Engineering and an Executive MBA.