In many ways, the U.S. manufacturing industry is a driving force behind the nation’s energy efficiency economy. Industries take raw materials, parts and components and transform them into the consumer products that undergird modern society. U.S. industry plays a foundational role in advancing a more energy efficient economy—they are making the products that help consumers and other businesses reduce energy use, while adopting technologies and practices that improve energy efficiency in their own operations.

These technologies are put to work every day among the U.S. Department of Energy's Better Plants partners, who represent over 160 industrial companies and water utilities, 2,400 properties and 11 percent of the U.S. manufacturing sector’s energy use. Together, these partners commit to improving energy efficiency while measuring and tracking progress along the way. As partners work hard to meet their energy efficiency goals, DOE provides support in the form of technical assistance and shares the latest best practices. This helps the U.S. industrial sector implement cost-effective energy efficiency improvements that save energy and improve competitiveness. 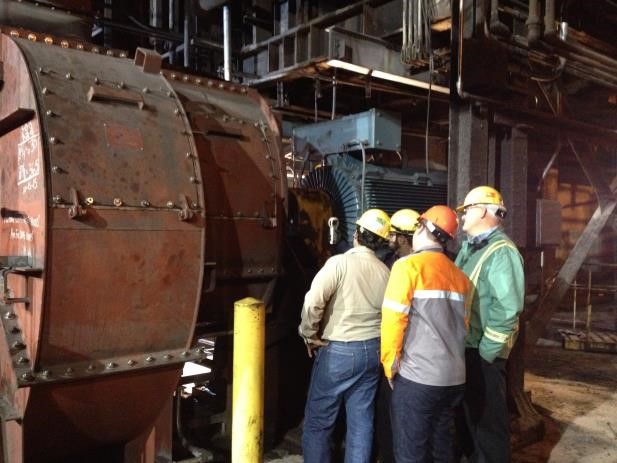 When it comes to technical solutions and training, sometimes there’s no replacing old-school communications—that is, face-to-face with hands-on equipment demonstrations. ArcelorMittal did exactly that at their 950-acre Cleveland Plant, which recently hosted its first Fan In-Plant (INPLT) training.

With plant operations relying on so many different processes, it can be difficult for managers to decide which upgrade projects to focus on first. But ArcelorMittal exemplifies an important rule when it comes to choosing energy efficiency projects: Choose energy intensive operations that have solutions within reach.

During the INPLT training, attendees received instructions in data gathering and evaluation techniques for establishing whether a specific fan system is a candidate for energy optimization. 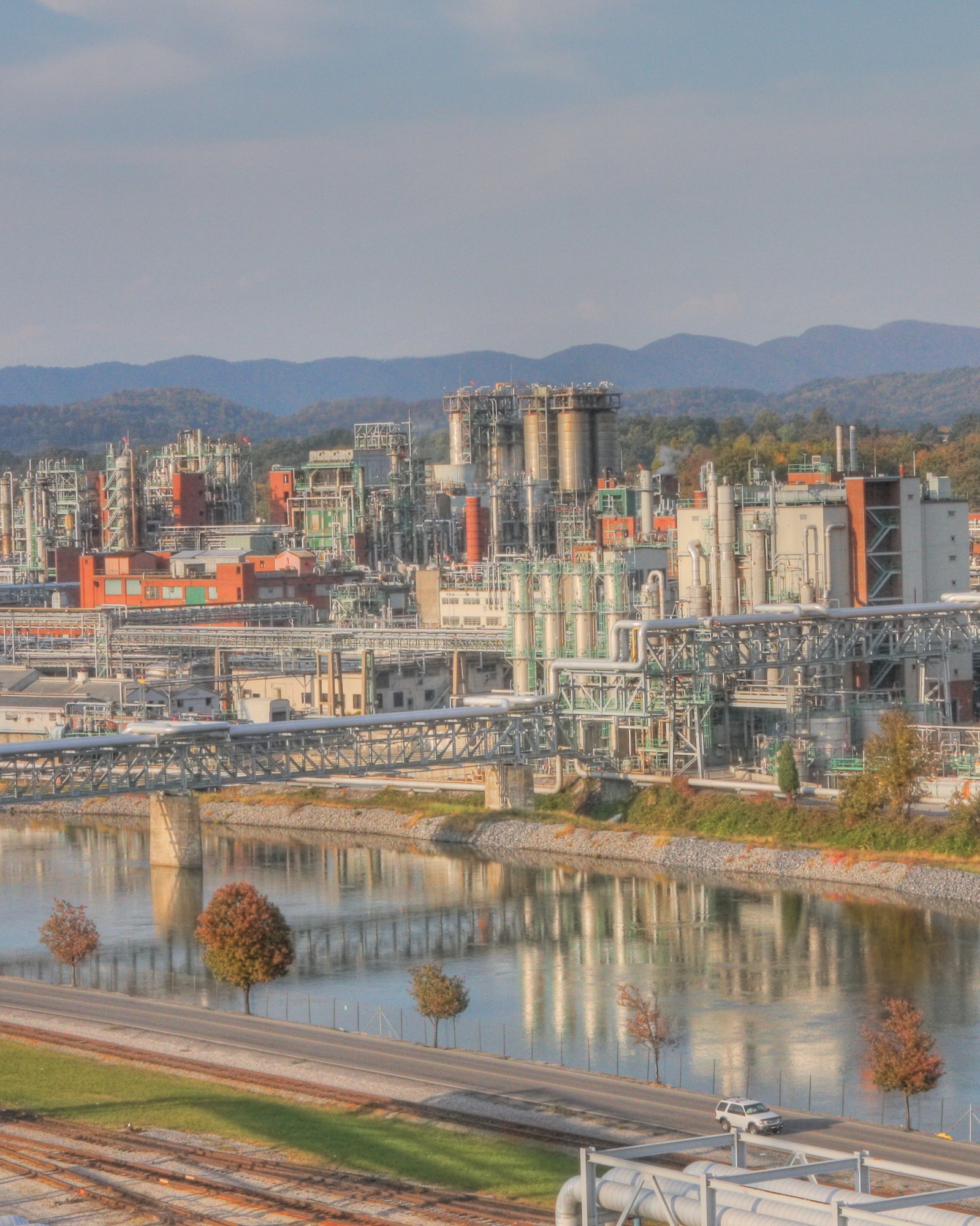 Eastman Chemical’s energy efficiency technical innovations came about as a result of consistent, real-time energy surveys of various production areas at their facilities. In particular, Eastman’s Tennessee Operations found a way to reduce the energy used for high-pressure natural gas systems. The plant, one of the largest chemical manufacturing sites in North America, employs approximately 7,000 people and uses 160 MW of electricity per year.

Eastman energy teams regularly perform energy surveys of various production areas at all company sites. During an energy survey at their Kingsport facility, a process engineer pointed out that two compressors were being used to compress natural gas from a low-pressure line that originally provided natural gas to the site, but there was a newer high-pressure natural gas header located nearby. The energy team analyzed and estimated how much it would cost to use the high-pressure header to run the hydrogen plants instead of the two natural gas compressors. The energy team found that making this switch would reduce production losses and energy use. After reviewing the benefits the energy team identified, Eastman implemented the project, which began in September 2012 and was finishing in November 2013.

Although successful, Eastman’s replacement project was not without technical challenges and barriers. Eastman had to determine how to safely and effectively clean the upgraded natural gas header. The project team researched how to clean the natural gas piping and sought advice from several other companies. Additionally, Eastman had to determine how much to expand the header to meet future requirements while also supplying enough gas to the two existing hydrogen plants. Hydraulic models of the natural gas header were ultimately used to determine the correct header size. 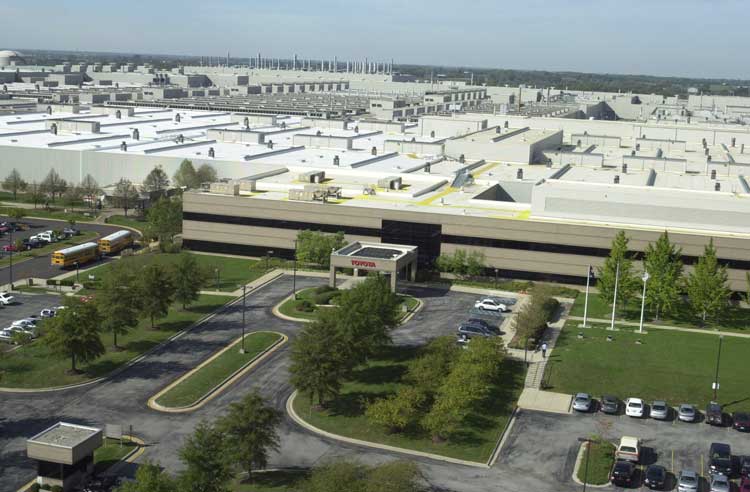 The auto industry runs complex operations in multiple locations under unique conditions. Toyota USA's Georgetown, Kentucky, plant is the company’s largest vehicle manufacturing plant in North America, and conducts plastics, stamping, powertrain, welding, paint and assembly operations. The trouble with this full vehicle production site was its HVAC system was designed for extreme weather conditions. It was oversized and utilized constant speed airflow, which prevented it from operating at maximum efficiency.

An HVAC system overhaul for such a large manufacturing facility doesn’t happen overnight and often requires a trailblazer. The company used the successful pilot project at its West Virginia facility to spur the momentum needed to take on the Georgetown plant’s HVAC project. By installing variable frequency drives, or VFDs, on 211 motors throughout the Kentucky plant’s 164 HVAC units, Toyota can now control fan motor speed and reduce airflow rate during non-production and non-summer months, while still maintaining the desired temperature on the production floor.

When an aging, outdated system is upgraded to be responsive and data-driven, existing equipment needs to be modified and updated to keep up with new systems. For Toyota, much of the plant’s equipment was no longer supported by the original equipment manufacturer—the plant’s building automation system dated back to 1987. As a result, load reactors were also installed to protect the motor winding and limit the number of motor speed changes since most motors were old and not rated for VFD retrofits.

The Georgetown plant’s HVAC system retrofit contributes to Toyota’s five-year energy plan—plant managers expect annual electricity savings of about 11,715,000 kWh attributable to this project. That equates to more than $700,000 a year in energy savings, or a 1.8-year simple payback.

The value of DOE’s Better Plants Challenge goes both ways. Companies are able to take advantage of DOE’s technical support and resources, but DOE also benefits from learning about the cutting-edge technical solutions being deployed right now by leading industrial organizations ranging from auto plants to cosmetics.

Andre de Fontaine leads the Better Buildings, Better Plants initiative for the U.S. Department of Energy. Better Plants is a voluntary energy savings partnership for manufacturers. Prior to joining DOE, Andre was a Markets and Business Strategy Fellow at the Pew Center on Global Climate Change. Before that, he was a journalist in California, covering environmental policy in the state’s capital. Andre holds an MA in public policy from Georgetown University and a BA in Political Science from UC San Diego.