Competing for efficiency in the manufacturing industry

The U.S. industrial sector has been a longtime heavy energy consumer, accounting for one-third of the energy usage in the country. What's more, the U.S. industrial sector has an annual energy bill of about $200 billion. While both of these statistics may seem startling, at Saint-Gobain, one of the world's largest building materials companies and manufacturer of innovative material solutions, we believe these numbers present the opportunity for businesses to step up to the challenge to improve the energy efficiency of their manufacturing plants and facilities.

Already, more than 200 industrial partners representing close to 2,600 facilities in all 50 states have committed to the U.S. Department of Energy's Better Plants Program to improve energy savings by 20% or more over the next 10 years. Our new President and CEO Tom Kinisky recently signed Saint-Gobain's renewed pledge, allowing our company to further its energy-savings goals, increase the sustainability of our operations and reduce the overall carbon footprint of our manufacturing facilities.

While these pledges are nice to have, what's most important is to consider the on-the-ground initiatives companies need to implement to help these goals become a reality. At Saint-Gobain, we believe a sense of competition among manufacturing plants and colleagues truly helps to move these goals forward. In 2016, our company's Environmental, Health, and Safety Department established the company's Water, Waste and Energy (WWE) Program, which was recently recognized with a U.S. Department of Energy Better Practice Award. This program encourages more than 130 Saint-Gobain manufacturing sites to compete against each other to see which facility can best reduce its environmental impact by highlighting practical and effective solutions for increasing the sustainability of sites. At the end of the program, five sites are recognized with 20-pound championship-style belts and given the titles of "Waste Champion," "Water Champion," "Energy Champion," "CO2 Champion" and "Overall Champion" to recognize their commitment to on-the-ground, effective energy reduction solutions.

Through this program and by competing against their peers, Saint-Gobain manufacturing facilities across the country have been able to achieve substantial energy consumption reduction results. The program's 2017 Energy Champion, Saint-Gobain Performance Plastics in Bristol, Rhode Island, took a systems approach to energy management resulting in a 45 percent energy intensity reduction over the past two years. The 2016 and 2017 CO2 Champion, CertainTeed Roofing in Oxford, North Carolina, invigorated its commitment to reducing energy and carbon dioxide emissions by forming a special committee of 24 members focused on working directly to reduce the site’s emissions. Through the efforts to upgrade heating elements on three of its main production lines, the plant was able to achieve a substantial reduction in natural gas usage. Additionally, this year's Water Champion, Saint-Gobain Quartz in Riverport, Kentucky, implemented the use of a cooling tower to achieve water savings and sealed a well that had been in use for years. The well water withdrawal was reduced from 131 million gallons in 2012 to zero gallons in 2015 and 2016.

Based on these percentages and statistics, it is clear that a sense of competition helps to spur outside-the-box thinking and improvements that are able to result in an overall positive impact for the company and its facilities as well as the planet. Let's use this learning to encourage our employees and colleagues to compete for the greater good of the planet.

Editor's note: This column originally appeared on Shop Floor, the blog of the National Association of Manufacturing. 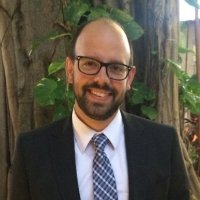 Ryan Spies currently serves as the Manager of Sustainability and Energy for Saint-Gobain in North America. As part of his role, Ryan is responsible for developing strategies and programs to manage energy, water, waste and CO2 reductions at over 130 manufacturing facilities in North America. After various roles in engineering and strategy, Ryan has been working in corporate sustainability for the last six years at three different Fortune 500 companies. Ryan has an MBA from Washington University in St. Louis and a Mechanical Engineering degree from Lehigh University.