The U.S. Securities and Exchange Commission recently sided with a group of ExxonMobil shareholders who asked the oil production giant to disclose the resilience of its business model amid a growing global effort to combat climate change.

In a March 22 letter to Exxon, the SEC moved to require the company to include the shareholder proposal on climate change on its annual proxy,  which subjects it to a full vote at its annual shareholder meeting in May. The proposal - filed by a group of shareholders led by New York State Comptroller Thomas DiNapoli that represents nearly $300 billion in assets under management and more than $1 billion in Exxon shares - was made in December 2015 after the global climate change agreement was reached in Paris.

Co-filers of the resolution include the Church of England, Zevin Asset Management LLC on behalf of Ellen Sarkisian; The Regents of the University of California; the Vermont Pension Investment Committee; and The Brainerd Foundation.

The SEC decision follows back-and-forth between Exxon and DiNapoli as Trustee of New York State Common Retirement Fund. Exxon had wanted to omit the resolution from its proxy materials, arguing that the proposal was too vague and pointing to the carbon-related information Exxon was already publishing for its shareholders.

The SEC, in its letter, disagreed, saying the proposal was not too vague and that Exxon's public disclosures on the topic do not go far enough to satisfy the shareholders' request.

"Based on the information you have presented, it does not appear that ExxonMobil’s public disclosures compare favorably with the guidelines of the proposal," a lawyer for the SEC wrote to the company.

In a March 23 statement, DiNapoli called the SEC's decision "a major victory for investors who are working to address the risks that global warming presents to our portfolios.”

Speaking to the shareholder resolution in January, DiNapoli said:

The unprecedented Paris agreement to rein in global warming may significantly affect Exxon’s operations. As shareholders, we want to know that Exxon is doing what is needed to prepare for a future with lower carbon emissions. The future success of the company, and its investors, requires Exxon to assess how it will perform as the world changes.

All that said,  the proposal's chance of success is unclear, at best, according to Reuters.

"Exxon shareholders have never approved a climate change-related proposal, and last year they rejected by 79 percent a request that a climate expert be appointed to the company's board," Reuters reported March 24.

The SEC's decision comes as more and more investors are taking stock of their portfolios as the global shift away from fossil fuels, and to a lower-carbon environment, continues. Nonprofit groups such as Ceres, and celebrity activists such as former New York City Mayor Michael Bloomberg, have publicly encouraged such efforts.

Speaking at an investor summit at the United Nations in January, Bloomberg - who also co-chairs an organization called The Risky Business Project that focuses on quantifying and publicizing U.S. economic risks from the impacts of a changing climate - reiterated his call for SEC involvement in forcing corporations to disclose their exposure to climate change. 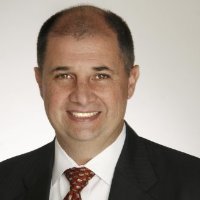 SED's take:  If this is, in fact, the first time the SEC has mandated a shareholder vote at a public company on a request for disclosure of the potential impacts of climate change on that company, an important precedent is being set leading to similar mandates at other public companies. Any company that is not currently taking carbon reporting seriously should take note.