Switch and Capital Dynamics announced on Feb. 7 the construction of Gigawatt 1, the single largest solar project portfolio in the U.S. The project, to be built in northern and southern Nevada, is expected to produce the lowest priced solar power in the world and generate enough clean energy to power nearly one million homes.

Gigawatt 1 is part of the Gigawatt Nevada initiative first proposed three years ago by Rob Roy, Switch CEO and founder. "The foundation of Gigawatt Nevada is that Nevada should harness the sun the same way Alaska harnesses its oil to significantly benefit all Nevadans," Roy said in a statement released by Switch. "Nevada enjoys the best solar window in the nation and so we Nevadans should not only be using solar for ourselves but exporting it throughout the Western U.S. to create new jobs, tax revenue, economic diversification, and raise energy independence." The project portfolio is projected to create 1,250 construction jobs.

Assets of the portfolio will be owned and developed by Capital Dynamics, with anchor tenants including Switch and several Switch CORE® clients that currently partner with Switch for data center and telecommunication services. Switch reported that multiple private and public-sector access customers both in Nevada and outside the state are currently in negotiations to join the project. Customers will receive renewable energy from Gigawatt 1 at nearly half the cost of NV Energy’s Green Power offering through its own offering called the Green Rider Tariff. 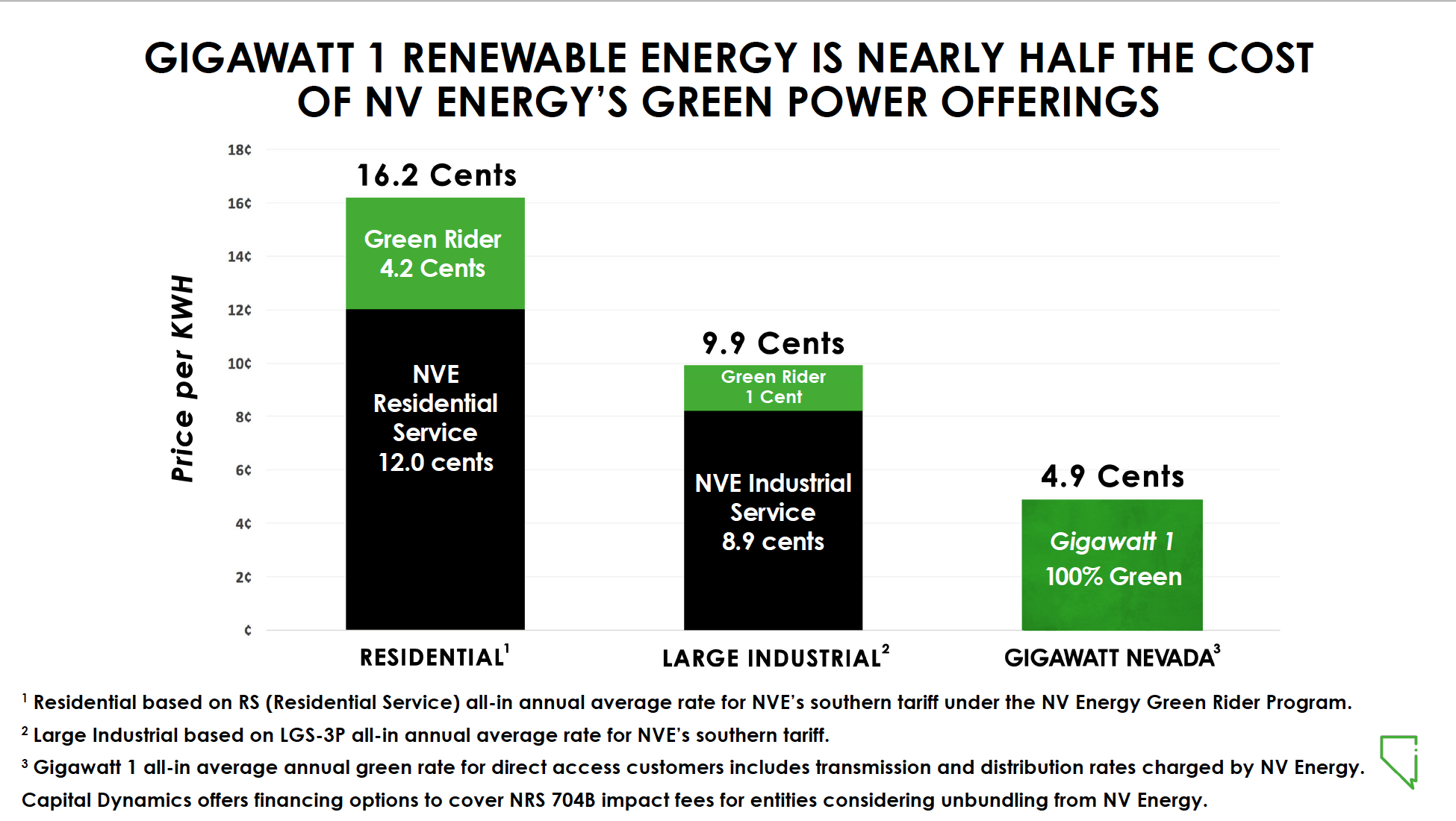 "This is the kind of opportunity that only very rarely presents itself," said Benoit Allehaut, director at Capital Dynamics. "After hearing Rob Roy’s vision to build gigawatts of solar in Nevada, this was an opportunity we couldn’t pass. We see a natural partnership to transform not just Nevada, but the entire Western electric grid."