As we move into 2019, let’s check in on the top public utility commission (PUC) actions and trends of the past year. Ten prominent trends and actions stand out above the rest, from renewables continuing their downward price trajectory, to electric vehicle charging infrastructure build-outs getting approved, to exploration of utility business model reforms and non-wires alternatives to traditional distribution investments. Here is the full round-up of the top 10 matters before PUCs in 2018.

In 2018, the trend in recent years toward a cleaner more flexible grid has continued. In the first three quarters of 2018, there have been over $35 billion of new investment in clean energy, as defined by Bloomberg New Energy Finance. This trend is driven in large part by the falling costs of wind and solar power. The mean levelized cost of energy (LCOE) for large-scale solar PV and onshore wind fell 13% and 7% respectively from last year — allowing them to compete favorably with traditional resources in many regions. This continued price decline means it is now often cheaper to build new wind and solar plants than operate existing coal-fired power plants – a reality expressed in many regulatory filings in 2018.

According to AEE’s PowerSuite, $58 million in electric vehicle (EV) utility infrastructure programs were approved in 2017 and $880 million were approved in 2018, with another $1.5 billion proposed in 2018 that are still pending – an upward trend to say the least. The deployment of EV charging infrastructure and EV integration have risen to the fore in many jurisdictions, as improvements in technology have dramatically expanded the EV market. Actions have included statewide foundational EV investigations, widespread infrastructure deployments, and a range of demonstration projects.

Grid modernization has long been a buzzword in the electricity industry. It has most commonly referred to investments, such as advanced metering infrastructure, intended to enhance the customer experience and support integration of new advanced energy technologies into the grid. Often overlooked, however, are the reliability and resiliency benefits — of increasing importance as the intensity and occurrence of severe weather events persist. Many of these investments also fall under the rubric of “grid hardening,” microgrid, and energy storage proposals. The energy storage market also continued its momentum into 2018 and is increasingly being recognized as a valuable and necessary asset for a 21st century grid.

Many states have begun to evolve from a traditional cost-of-service regulatory model toward a system that better reflects new market conditions, allows utilities to take advantage of the growing service economy, and rewards performance against established goals rather than inputs. In addition to efforts to rethink utility business models and regulation on a broad basis, many states have taken on specific aspects of utility business model reform, such as the treatment of capital versus operating expenditures (see #5, below) and non-wires alternatives to traditional utility investments (#6).

A key stumbling block in the traditional utility business model is the inability of utilities to earn a return on operating expenditures, such as energy procurement contracts, fuel, labor, maintenance, and service expenditures — inherently disincentivizing utilities from procuring service-based solutions provided by private advanced energy companies rather than making capital investments on which they do earn a rate of return. This limits the ability of utilities to take advantage of many new technologies that are solely offered through service contracts, such as cloud computing, since these services displace an earnings opportunity. This occurs at the expense of customers and also puts utilities at greater risk of obsolescence. States are starting to recognize these obstacles and are exploring methods to overcome them.

Non-wires alternatives (NWAs) are increasingly being looked at as viable options in several key states. In a business-as-usual scenario, if a utility has an infrastructure need — usually the result of new load growth or the deterioration of an existing asset — it will choose to invest in new poles-and-wires solutions, for example by replacing a transformer, upgrading the feeder, or building a new substation. The utility would then earn profit on the newly invested capital. An NWA — e.g., targeted energy efficiency and demand response programs or energy storage — may meet this need at a lower cost.  But if the NWA is classified as an operating expenditure it will replace an earning opportunity for the utility. Many states are starting to recognize this perverse incentive and are exploring potential solutions.

As renewable energy has become more competitive on price and more corporations have set sustainability targets, large customers are increasingly looking for ways to not only power their operations with 100% renewable energy, but also reduce their price volatility and reduce their energy costs. For this, they are looking to enter into long-term contracts either through their utility or with independent power producers. To give these customers the renewable energy they want, utilities in vertically integrated markets are developing new direct access programs and renewable energy tariffs.

In 2018, an increasing number of utilities and DER providers came together to consider how DERs can be more fully integrated into the system, allowing utilities to take advantage of the benefits DERs can provide and optimizing distribution system planning and investments to account for and include DERs. Interest in this topic has become so widespread that in November the National Association of Regulatory Utility Commissioners (NARUC)  and the National Association of State Energy Officials (NASEO) announced the formation of a task force to study how to better align distribution system planning and resource planning processes. By expanding distribution planning to consider DERs, in addition to traditional infrastructure investments, and by properly valuing those distributed assets for both their costs and the benefits they provide, the grid can become more flexible, reliable, resilient, and clean, all while saving money for customers.

9. The Rise of Dynamic Rate Designs

The rise in customer-sited distributed generation such as rooftop solar – and the rising differential between average and peak demand in many states and service territories – have led utilities to propose new rate designs that better align with these developments. Specifically, states have been looking to more sophisticated rate designs that send price signals to customers that align with public policy goals.

Net energy metering (NEM) for decades has been successful in spurring the adoption of distributed generation across the country. Minnesota was the first state to adopt a NEM law, in 1983. However, as the number of NEM customers increases, pressure has been building in various jurisdictions to consider alternative rate designs and successor tariffs for NEM customers. Over the past couple of years, several states have taken various approaches to successor tariffs to NEM, ranging from reductions in net metering rates for exported electricity to development of granular methodologies for determining the value of distributed generation on the grid. This year, we are seeing more of the same, with mixed results for customers. 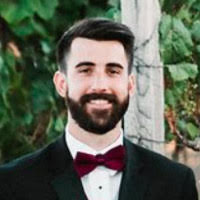