Republican lawmakers in North Carolina have asked officials in the Trump administration to oppose, as is, an almost completed $400 million wind project that Amazon Web Services expects to buy clean energy from.
More 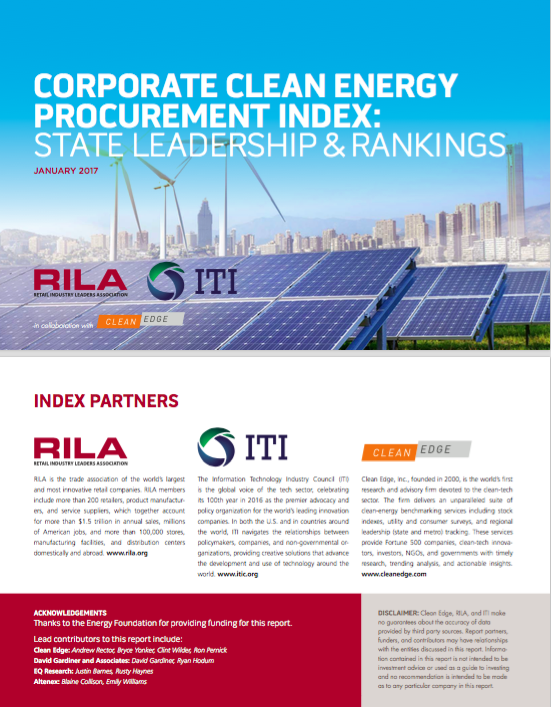 This report from the Retail Industry Leaders Association, the Information Technology Industry Council and Clean Edge ranks all 50 U.S. states on the ease with which American corporations can procure domestic renewable energy.
More

A North Carolina environmental group is taking a challenge to a long-standing state policy preventing the sale of electricity by parties other than a utility to a court of appeals.
More

In a recent filing with state regulators, Hawaii's largest utility outlines its plans for increasing its use of renewable energy to meet 100% of the state's power needs by 2040.
More

Ohio Gov. John Kasich on Dec. 27 vetoed a bill that would have weakened the state's renewable energy standards for power companies; seven of the state's largest businesses, including Nestle, Owens Corning and Whirlpool, applauded the move.
More

The U.S. EPA announced Dec. 19 that it has stopped work on model rules associated with the Clean Power Plan intended to help states chart paths to compliance with the rule.
More