“The world around us is changing. Global development is driving CO2, pushing energy and environmental concerns to the center,” said Haugen, noting that where climate change and CO2 emissions are concerned, “the debate is over as far as we’re concerned.” 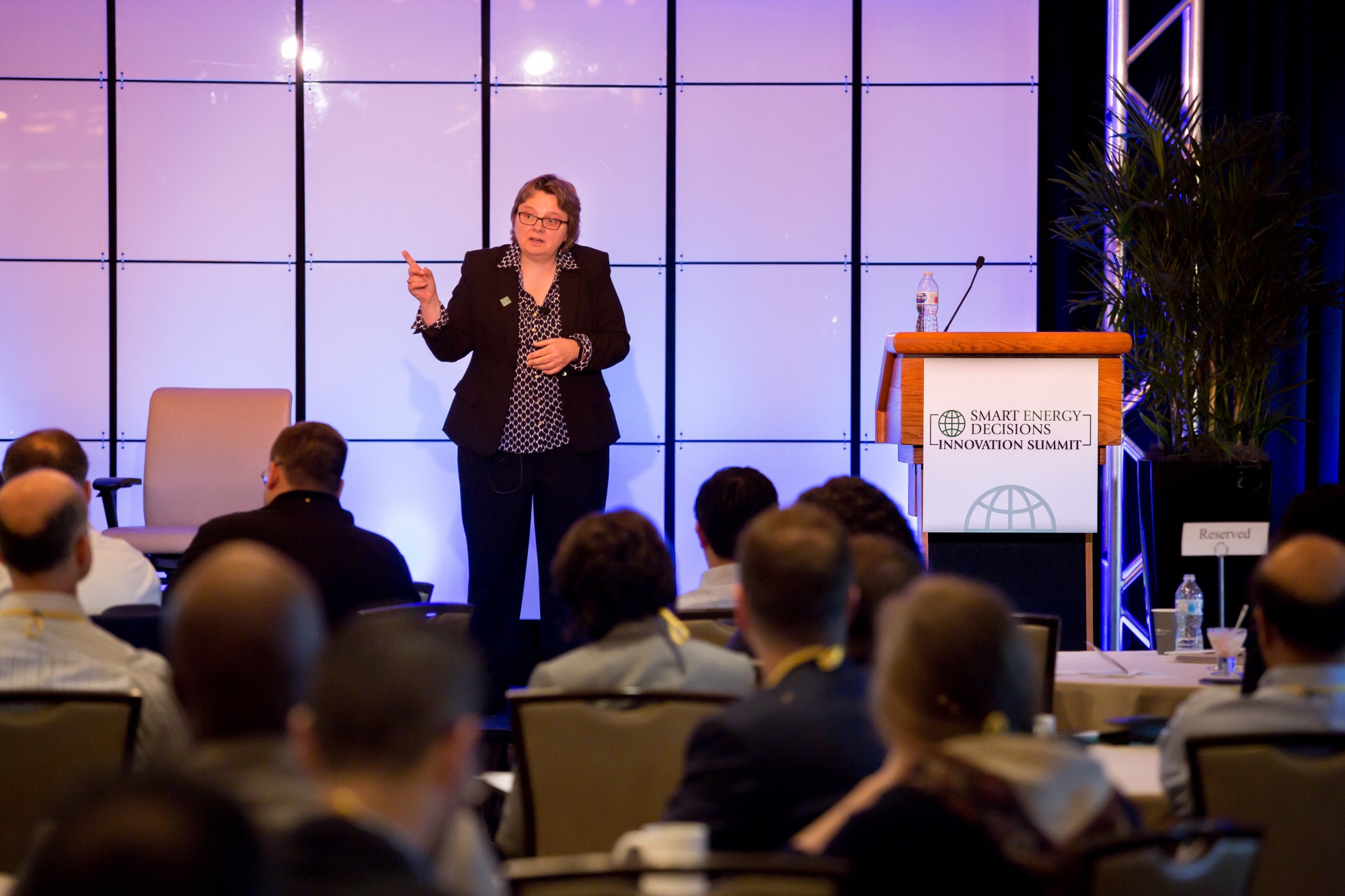 Q&A: Policy & Markets in Flux – Navigating Through the Uncertainty

Incorporating a legislative session into the programming mix was identified as a must-have by the Smart Energy Decisions advisory board, according to Failla, and was added into the programming mix at this year’s Summit. McIntyre admitted that the last year has been a challenging one on the legislative front. Her agenda remains intact: a commitment to a competitive electricity business; having a low impact on the environment, and advocating on behalf of clean water and air.

Not all of the news is negative, said McIntyre. Local and state governments have been “driving the train” for renewables and will continue to do so, in addition to some large companies such as Apple and Microsoft, which are taking leadership roles. The hoped-for results may wind up taking longer, but she’s confident they will take hold.

McIntyre said the 30% tariff on solar panels is not as bad as the legislative changes could have been. She suggested looking for ways to invest in infrastructure, including energy infrastructure, and a move towards a smaller, more resilient grid that’s closer to the customer. She called on attendees to work with their congressional representatives to work towards the energy policies they need.

Keynote: The Evolution of Energy Innovation at Equinix

Equinix, he said, is the first colocation company globally to set a goal of using 100% renewable energy. Towards that end, it joined RE100 and committed to 50% renewable energy sources by yearend 2017, which it exceeded. The company also executed wind farms in Texas and Oklahoma via VPPA’s, committing to 225 MW total capacity, which came online late 2016.

Sustainability issues are a growing concern for Equinix. Fransden referenced thermal storage, deep water-cooling at the company’s Toronto site, and a green rooftop installation in Amsterdam. Granular temperature controls, installed in some sites, are a bit challenging for Equinix as its systems are in open cages where air moves freely. This has meant installing more sensors to identify hot spots and installing flexible cooling systems to handle more load. This has lowered the company’s power utilization effectiveness or PUE, by 15%.

Equinix is “leaning in” on fuel cells, having deployed 37 MW fuel cell capacity across 12 U.S. locations in California and New Jersey. This brings total deployment to 40 MW across 14 U.S. sites. The project was driven by economics and non-sustainability related goals. Equinix is currently halfway through the deployment. The balance will be completed by the end of this year.

Cindy Quan, VP, environment, social and governance, Goldman Sachs Group, began by telling the audience that they can make things happen and change the world.

Her team manages 10 million square feet over 133 locations in 35 countries with 75 different vendors, all of which the firm wants to be dedicated to environmental concerns. Overall, Goldman Sachs has committed $2 billion to energy matters and set a goal of being carbon neutral by 2020.

For Goldman Sachs, energy and real estate are intertwined. Goldman Sachs’ headquarters was the first LEED Gold facility and half of the entire portfolio is being renovated under LEED or local certification. Currently, 70% of the firm’s buildings are LEED Gold. The firm has a team analyzing how their employees are using their space and found that Millennials like to be closer to each other than previous generations of workers, which helped Goldman Sachs reduce its real estate footprint and achieve a 40% energy reduction. This was accomplished by moving people to one more modern and efficient building from five older ones.

Goldman Sachs undertook a lighting initiative via a public-private partnership. The program included four different pendant lighting programs and incorporated various control technologies and shading. The goal was to understand the interplay of energy, people, and real estate and to get ahead of the market and understand the impact on all.