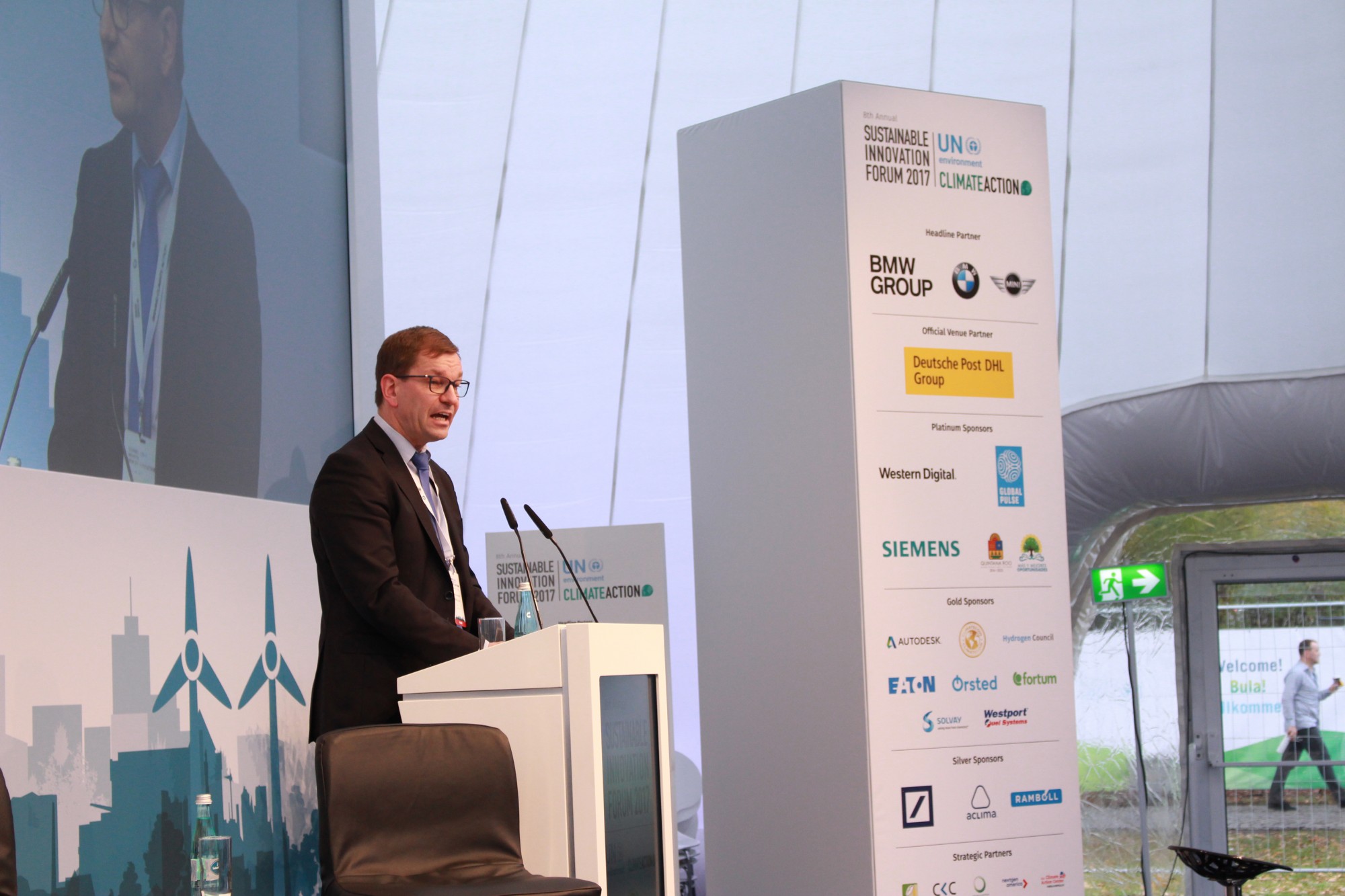 BMW announced Nov. 14 that it will source only electricity from renewable sources worldwide by 2020.
More

The U.S. EPA on Oct. 23 announced the 2017 winners of the "SmartWay Excellence Award" for freight carriers, logistics companies and shippers in the retail and manufacturing sectors, including Gap, HP, Johnson & Johnson and more.
More

This column from EDF Climate Corps project manager Daniel Hill explains why more and more companies - from Apple to Walmart - are making public commitments to cut greenhouse gas emissions outside of their own operations, and why avoiding scope 3 emissions can have the greatest impact on a corporate footprint.
More

Study: EVs, hybrids to share half of market by 2030

As automakers continue to expand their hybrid and fully electric vehicle offerings worldwide, a new study indicates those fleets will cut the global market share of pure internal combustion engines in half by 2030.
More

In releasing its latest sustainability report, Procter & Gamble on Oct. 31 reported updates on its energy management and renewable energy initiatives that are helping to drive its commitment to achieve a 30% absolute reduction in Scope 1 and 2 greenhouse gas emissions.
More

A major Vermont business group is working to re-frame the argument for a carbon tax as an economic development opportunity for the state.
More

Pharmaceuticals and health services company McKesson Corp. has executed a power purchase agreement for electricity generated from an onsite, 3-MW solar project at a distribution center in New Jersey.
More