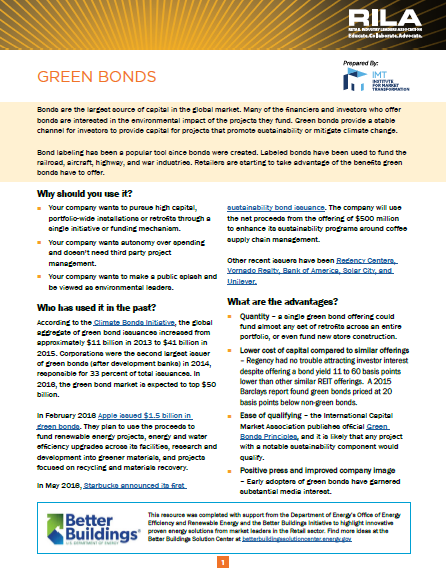 This report highlights the benefits and downsides of green bonds, a type of debt used to fund projects yielding environmental benefits, and offers an overview of recent issuances from U.S. corporations.
More

In addition to its external investments in clean energy technologies, Wells Fargo has also been working to improve its operational efficiency on its path to utilizing 100% renewable energy.
More

A New York state community solar project recently became the first such installation in the state to be interconnected to National Grid's electric system.
More

Almost half of Fortune 500s have clean energy goals

The number of Fortune 500 that are making public goals around reducing greenhouse gas emissions, using renewable energy and curbing their overall energy use accelerated in 2016, Ceres, WWF and other groups revealed in a new report.
More

The major risk your business may be overlooking

This column, presented by Edison Energy, explores a significant risk that could be hiding in plain sight within corporate energy portfolios.
More